All titles available direct from the Pulled Out bandcamp 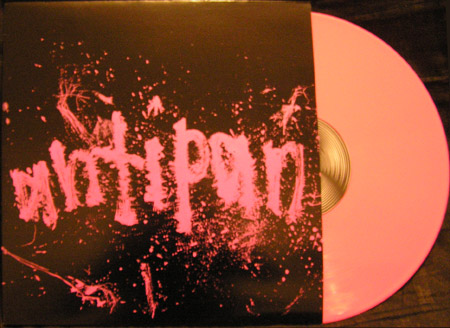 hangin with the local cops??

xnobbqx throw a few snags on the barbie for this prime slab of high art.

Your stomach may be rumbling at first glance of this delectable picture disc...but don't be fooled..

xnobbqx tear the place apart like 100 rookie cops high on sugar and caffeine having mistaken your bbq block party for the meth lab down the street, by the time they realize (end of the first side) it's pork buns & sausage sandwiches all round. but where's the cheese? after the second half cooked curried sausage you wont even care that you cant score any more, cuffed against the wall begging them to turn it over for another blast

xNoBBQx summed by their fans on YouTube... Fuck! Turn it off, turn it off. Morons. this is shit.. 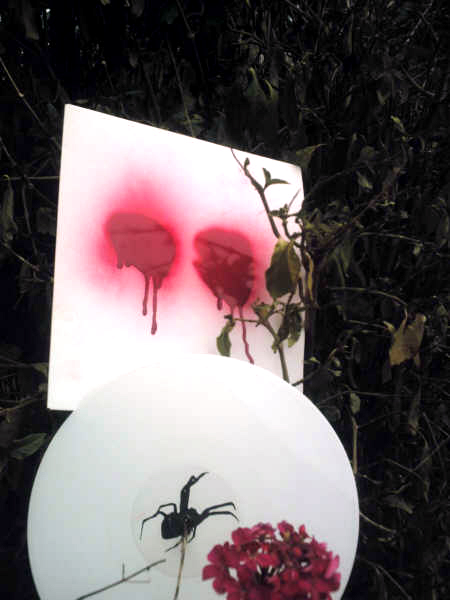 Australia is known to be the home of some of the deadliest spiders in the world & James Heighway is no exception. When not behind the drum kit in XWAVE James collects and modifies ancient electronics. These are The Spiders, a unique blend of broken, hacked, modified and recycled guitars, keyboards, effectors, mixers, etc all played simultaneously. Together the sound expressed conveys a feeling of the bush drenched in feedback.

James's intense live performances have him known as king of noise throughout the region. Others have dubbed him Merzbow of the Mountains. This LP collects hilights from limited edition cdrs and cassettes previously released on Moth Noize (James' own label) & a live performance at the 3rd Winter Tragic festival.

Limited edition of 300 on white vinyl with individually spray painted covers by the artist. 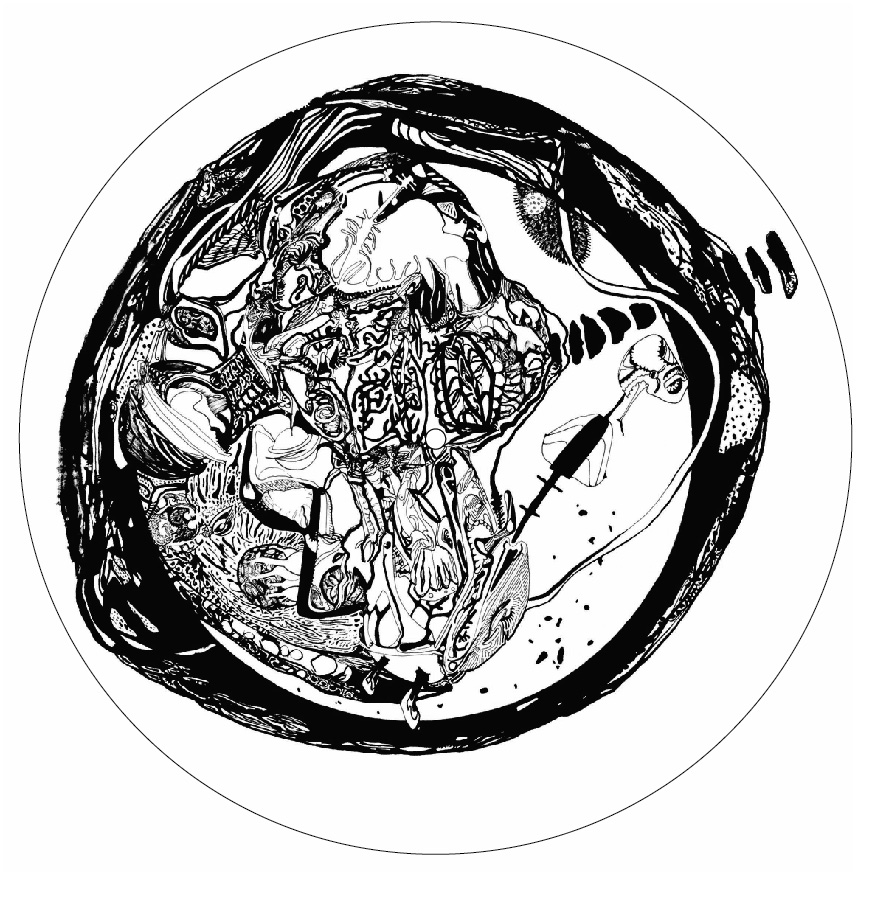 The hyper-mundane as a trope was developed to a fine art by the artist known as ‘Orchid Spangiafora’ sometime in the mid to late ‘70s. Here were the jibber jabberings of the commercial media (and other extraneous utterances) pushed to their (il)logical limits. The results were truly bizarre (familiar yet exotically recondite), repetition & fast cutting creating a landscape of almost Beckettian verbiage with Firesign Theatre undertones. These were the recordings that inspired the creation of a philosophy of the hyper-mundane, activated first via the Nobodies and Severed Heads and soon The Loop Orchestra itself.

With a little repetition, the mundane (sublimely bland and blandly sublime) is transformed into a deranged, compulsive, queasily lucid depiction of the recording industry’s chillingly middle-of-the-road aesthetic world view. This then is the meat of the hyper-mundane; the aesthetic debasement of solid middle-class conformity... unhinged, shredding it’s entrails & slowly cascading into a grotesque yet enthralling miasma known as The Loop Orchestra; a voyeur project first developed by John Blades, Richard Fielding & Anthony Maher in 1982. It’s early fascination a certain kind of orchestral repertoire much beloved of symphony & studio orchestras the world over; overindulged pablum aimed squarely at the middle-brow listenership of Western society. Later (with the inclusion of Peter Doyle), a more nuanced & broad ranging excursion into the history of recorded sound began to come to fruition until the mid 1990s when Anthony Maher & Peter Doyle departed for greener pastures; threatening it’s continued viability. However John Blades through unflinching dedication & genuine affection reconstituted the remnants.

Engaging the services of Patrick Gibson (Ex-Systematics), Hamish Mackenzie and Manny Gasparinatos a new creative era began. Patrick Gibson was to be replaced by Juke Wyat in 2006 and the project blossomed until the untimely death of John Blades in November 2011.

The picture disc: ‘∞8 LockdowN 8∞’ by Sydney unit The Loop Orchestra features artwork by Juke Wyat as well as the tracks ‘Sound Science’ and ‘Wheel-to-Wheel’. Side B features 88 locked grooves divided into 8 discrete categories of 11 loops. 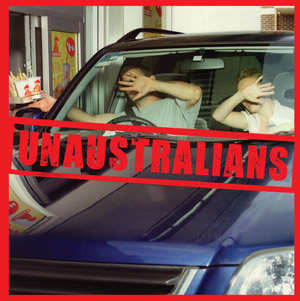 Taking their name from Meat & Livestock Australia propaganda the Melbourne based duo of Ein and Aus transgress a spiritual reality in which grindcore is subverted towards a path of procratinat-obliteration. 46 cranial fracturing songs featuring wailing banshee vocals, a drum machine set to over 300bpm and a possesed 20th century shredder guitarist. On stage, the couple use chainsaws, exploding corpses, and other visual devices to communicate their ideas about domestic violence and civil disobedience. UnAustralians truly represent the extremely brutal end of improvised music in Australia.
Limited edition of 300 on clear red vinyl. Comes with a bonus DVD or video download (customers outside Australia) of live performances. 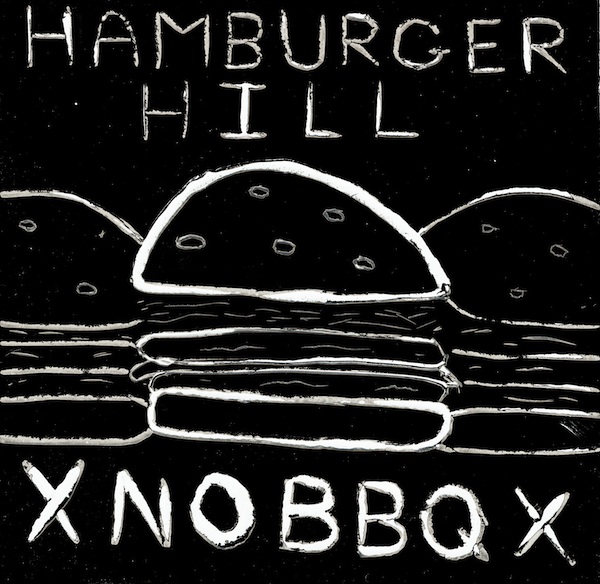 Relaxed clambering rhythms and torsional tottering strings by the Australian duo of Matt Earle (guitar) and Nick Dan (drums). This platter runs the gamut of transcendence, from motorik rawk sturm und drang to the cries of heart felt blooz. Dance on hot lead and don’t forget the sauce. 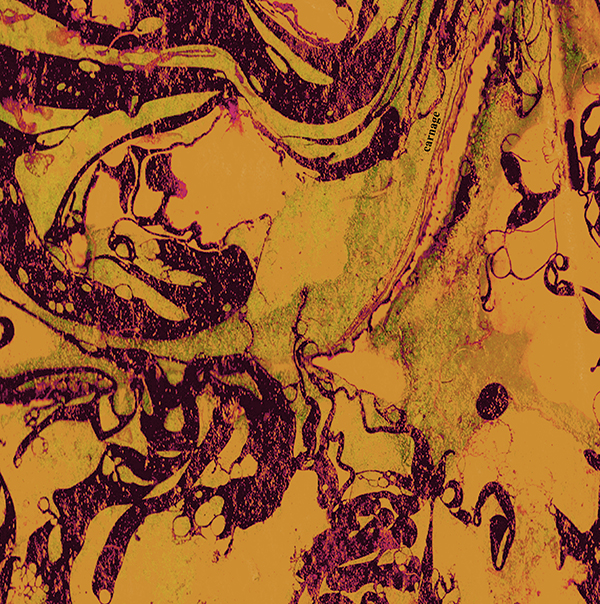 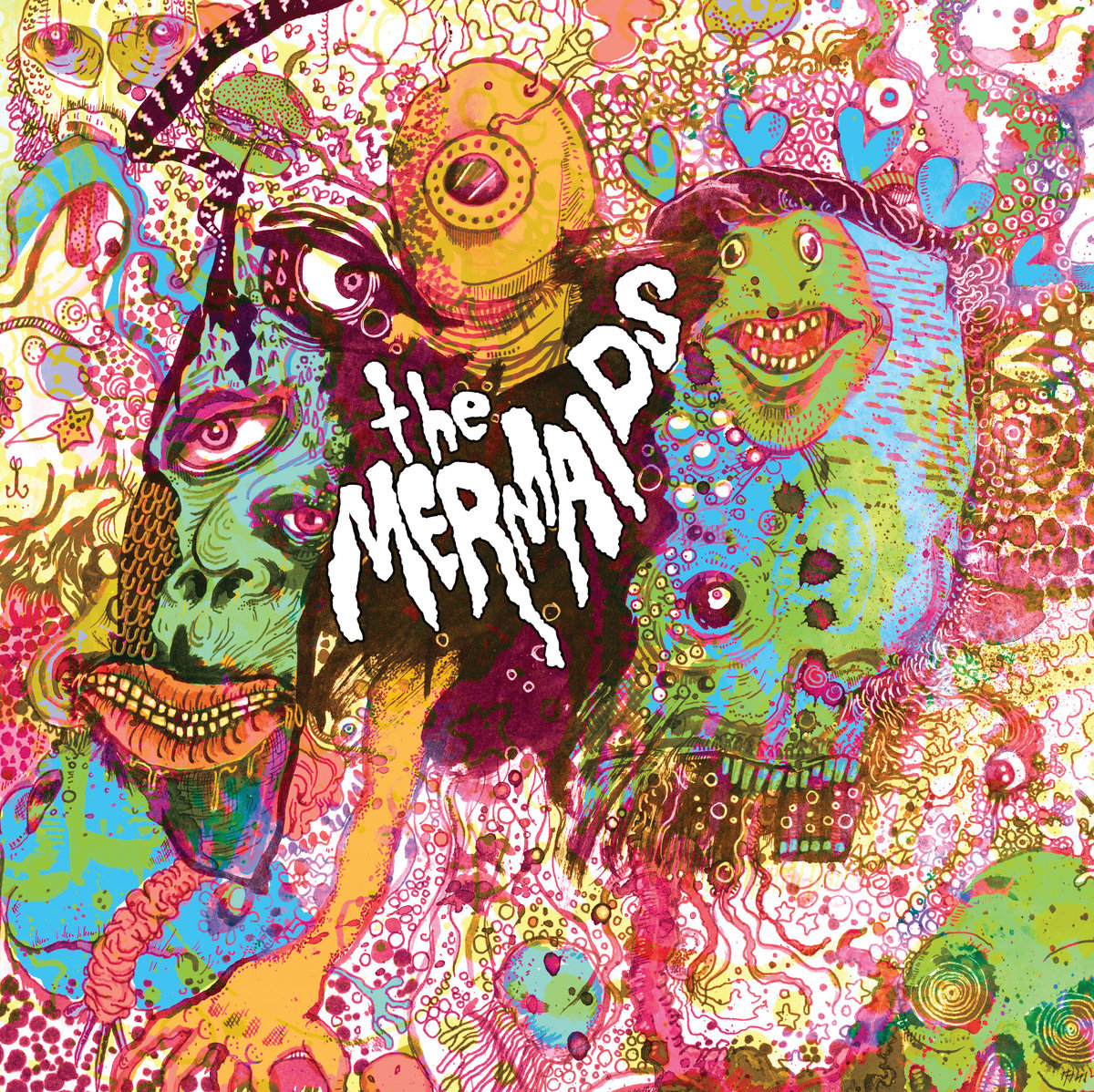 The Mermaids are the duo of Mikey Liestins (Grog Pappy) and Nic French from Newcastle, Australia. Their album ‘For More Smoking Pleasure’ sees the aural trouble makers manipulate a cornucopia of recording devices such as 8-track tape, turntables, circuit bent toys and other loopers to mangle the Aussie spirit of ‘taking the piss’ to a level of the absurd that would disturb the mind of even the most rational cynic. This psychedelic layer cake bubbles with ecstatic noises and has inhaled the vapour of joyful flippancy. 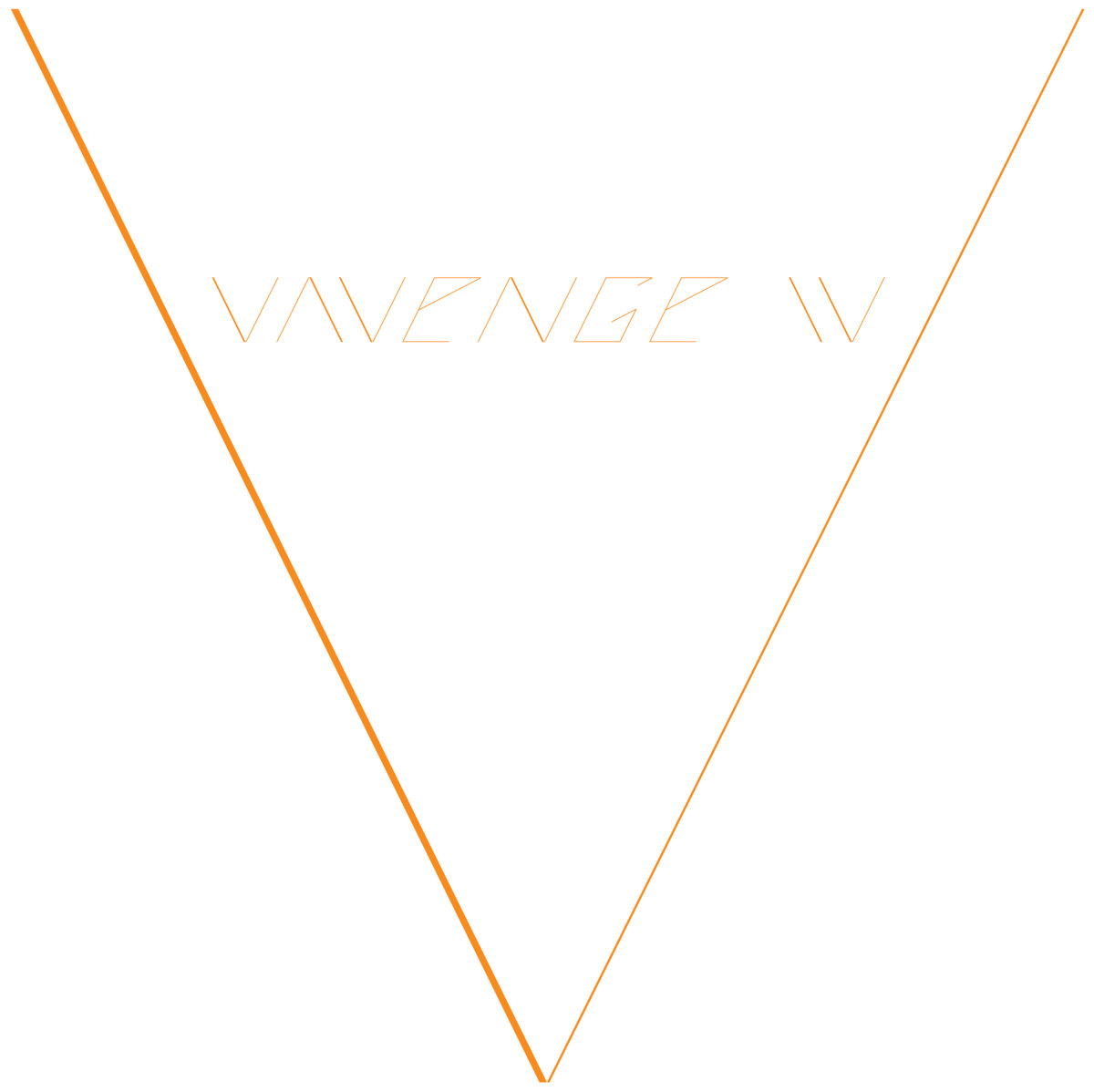 Vavenge comprises the dual synth & vocal attack of Nick Dan (xNoBBQx) and Nicola Morton (Club Sound Witches), the gothic bass melodies of Anthony Guerra (Love Chants) along with the semi-random automated whizzer percussion contraption courtesy of Matt Earle (Breakdance the Dawn, etc). Their fourth release contains four lengthy, disembodied moods appropriate for zoning out within spacious surrounds. Each enveloping field whisks one away into a subtle background of negative density, pausing in time for a reflection on nothingness. 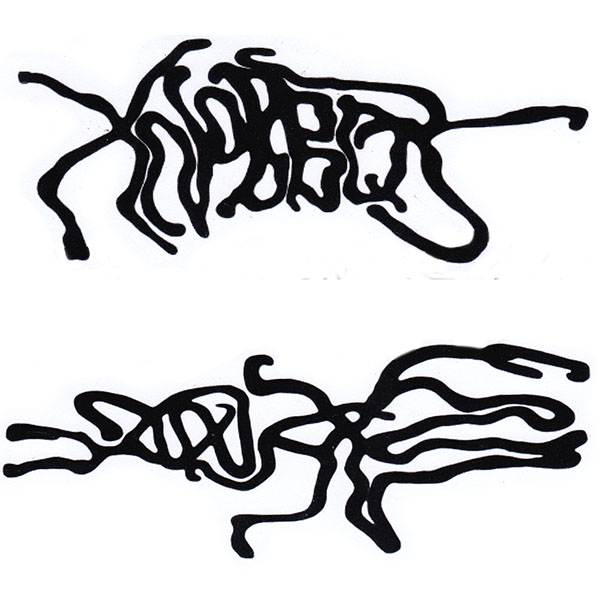