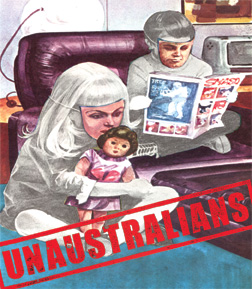 This is quite possibly the most insane outsider-weirdo-grind-metal-what-the-fuck record we have ever heard. Imagine a super lo-fi grindcore, cobbled together from blasting lightning fast drum machines, shredding super tech lead guitars, super processed, almost mechanical riffs, and Melt Banana-like high pitched yelping vocals, all tossed in a blender and spat out at a million miles an hour. Only sometimes all you can hear are the vocals, or the drums disappear underneath an avalanche of guitars, or everything is so amped up it becomes a buzzy blur, topped with high pitched squeaks and yowls. Totally nuts. Imagine Arboga Teenage Riot jamming with Brutal Truth. Or two lps, one a Melt Banana, the other a Deerhoof, both being played simultaneously at 90 rpm, then chopped up and slowed back down to about 60 rpm. So completely dementedly amazing. 46 tracks, most between 30 seconds and 1 minute, no titles, just numbers, 33601 to 33640, except for the last few tracks numbered 1365Y-13659. Wonder if that means that before this lp, the band had already recorded 33,600 songs. We'd believe it! Fans of all the above mention bands and folks who just love the weirdest shit imaginable, this is definitely for you.